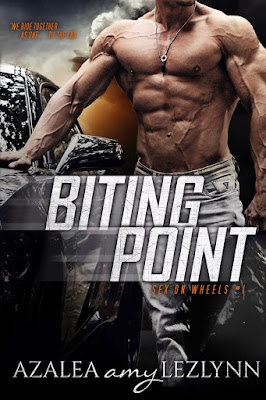 LEGEND. KING. LOVER. RACER.
Three-T rules the roads.
But this is no televised championship, with its own rules and regulations.
There are no pretty flags or set race tracks in these street races.
My lover races raw.
He races wild.
He races illegally.
He races like a God.
I began to believe such a man could never love a girl like me, but love me he does… all of me … and there are plenty of my fuller-plus-size figured curves to love.
Together we stand strong at the head of his exotic car racing empire, but there is darkness brewing.
As fate would have it, regrets collect like old friends ready to relive his most agonizing moments.
Dark secrets are awakened, whispering their threats of destruction.
Will they be enough to take us down?
The moment arises for him to decide whom is more important.
Me or his brotherhood of racing league members?
This is where our legacy with the world's fastest cars begins. 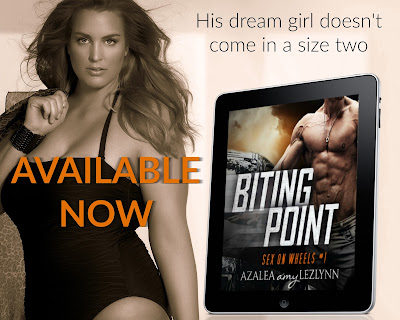 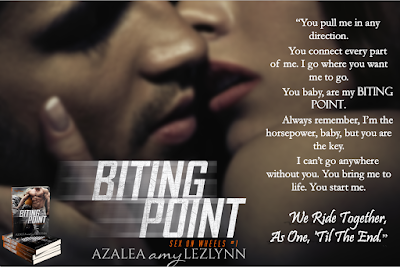 “Whose ‘fuck-doll’ are you?” he asks, before I feel the pinch of his teeth as he bites by bottom lip.
I push my hips against his hot cock, showing him what I want. What I need. What he needs. What he knows he can take to do with as he sees fit. My body and plus size curves are his ‘fuck-toy’ for the taking.
Now and forever.
Amen.
“Yours,” I moan pressing his hand against my clit.His dominance arousing me more.
“Smokin’ answer, baby. And who is going to make sure you never forget it?” He grips my face, holding my gaze on him.My only response is to move my face against his, kissing him softly as his hold remains on me.
Assuring him of ‘who’. 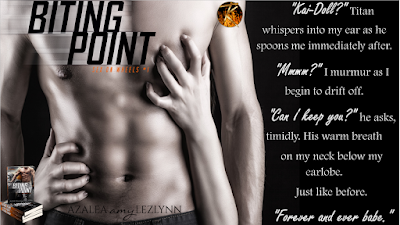 AZALEA amy LEZLYNN is a plus size full figured girl releasing her debut novel in 2016. Aged 29 and single. When she's not writing or researching cars, she loves eating ice cream and going to the movies or blocking out the world with her earphones as she plays slow ballad love songs.
Her first novel, BITING POINT will be published October 6th, 2016 as part of the "Sex on Wheels Trilogy" - involving a plus-sized figured leading lady and a dominating-alpha male lead who races illegally.
Visit her at https://www.facebook.com/AZALEA.amy.LEZLYNN or email her directly azalea.amy.lezlynn@gmail.com 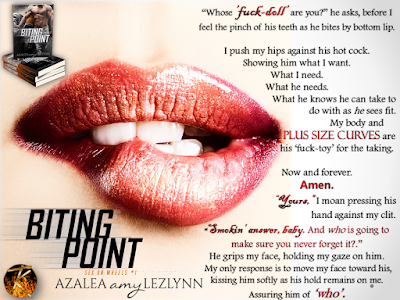