WINTER SOLSTICE
Getting A Second Chance At Love 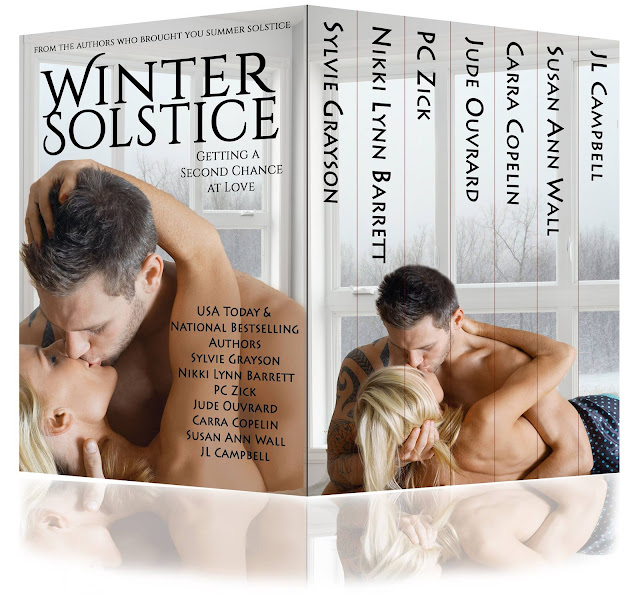 Sometimes, when life takes us in unexpected or unwanted directions, we hope for a second chance. Dive into this mesmerizing selection of stories that feature second chances at love or life. From drama and suspense to passion and love, get ready for multiple journeys that will satisfy the romance lover in you. From 7 best-selling romance authors who also brought you the Summer Solstice collection, enjoy these heartwarming stories while the cold days of winter set in.

A thrilling novel of romantic suspense from author Sylvie Grayson.

After losing her husband to a deadly illness, Julia Butler is determined to look after her family, but this is the 1930’s and times are tough for everyone. As the endless string of jobless men trudges past her farm, she does her best to hang on. Then two strangers suddenly appear at her home. They are hiding something that places her family in danger, and nothing will ever be the same.

Dr. Will Stofford has become disillusioned with women. In an effort to heal his broken heart, he leaves his brothers behind and sets up his medical practice in the Kootenays where no one knows him.

Meeting Julia throws his plans into chaos. Will can’t turn his back on a challenge and he won’t rest until he solves this puzzle and puts things right.

If marrying Julia is part of the solution, then so much the better. 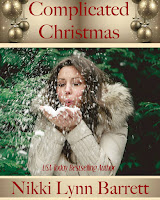 Life is full of complications, so why not have an uncomplicated arrangement between friends?

Former figure skater Caitlin Aimes doesn't care to make life complicated. Publicly humiliated by her ex-fiancé years ago, she closes herself off to relationships and love. She never thought she'd be that girl- the one having a friends-with-benefits relationship. No complications, right?

Wrong. This holiday season, the unexpected happens, catching Caitlin and Ron off guard...

Ron Mercer lost his wife four years ago and has no plans to commit himself to another relationship. Life as a widower with two teenagers is already complicated enough. But in a world constantly changing, he finds himself in a predicament he never expected....

The arrangement they made has consequences which neither ever prepared for. Caitlin and Ron are in for a Christmas like they'd never had before.

Behind the Bar- PC Zick

Susie and Reggie return to the Behind the Love Trilogy as the main characters in this romance. Susie and Reggie have been together since high school. When they watch good friends Dean and Leah find happiness, they both know something in their relationship must change. Susie believes that means marriage; she didn't expect it to be Reggie deciding they needed a break from one another.

While on break, a handsome publisher comes back to Victory to sweep Susie off her feet, while the voluptuous Sally Jean works her charms on Reggie. Meanwhile, the Victory Tavern owned by Reggie grows into a star attraction for the town. Dean and Leah help, and Susie’s sister Lisa returns home and provides Susie some much needed answers to the questions about their father. Reggie nearly loses everything in a bet that jeopardizes the Tavern. Secrets revealed bring more questions. When Reggie realizes Susie is the woman he loves, Susie must decide if she can ever trust him again.

Before either of them can move forward to a life together, they must realize their past does not define them.

For teenage musical prodigy Ophelia Stewart, life couldn’t get any better. A loving family, a friend closer than a sister, and big dreams to pursue. A perfect life until Ophelia’s world is shattered. A disaster claiming her parents forces her into a center for emotionally damaged children taking her far from her best friend. Lost and alone, Ophelia tries to cut herself off from all the other young people there, but Teodore De Luca, refuses to be put off. Breaking through her restraint, the young man encroaches on her life, and becomes her new support system.

What does the future hold for them? Ophelia wants to achieve her dreams but will that leave a place for Teo in her life? How can she choose between the man she loves and her passion for music? Can she ever truly commit herself to him? Or is their love destined to be crushed under the weight of her career?

Lilah Canfield has one last chance to save her career as a country music performer with a performance at Billy Bob's Texas in Fort Worth. Bad thing is the worst snow storm in a century has hit the Texas Panhandle making passage on the highways dangerous at best and closed at worst. When her motor coach slides off the road into a snow bank outside her hometown of Mistletoe, Texas, will Lilah make her gig and save her career? Or will she give it all up for a second chance at love?

Two years after the death of his wife, Sheriff’s Deputy Jack McCommas is ready to move forward for himself and his eight year old daughter. When he and a friend stop to help the folks in a stranded motor coach, he can't believe Lilah Canfield's standing in front of him and is literally shocked to realize the old spark is still there when they touch. He uncovers a plot to sideline Lilah’s career and realizes he has a dilemma. If he solves the mystery and she chooses her music, will he be able to let her go a second time? Or will he try to convince her to stay in Mistletoe?

Two years ago, Jenny Carter chose her career over the love of her life. Her career is soaring and she’s on the cusp of her dream promotion. Jenny’s too focused to even realize she’s missing a key element in her happily ever after. When her ex-fiancé Ty Sullivan unexpectedly moves to Seattle, shock is soon replaced by suspicion as he steals her client and threatens her promotion. What Jenny can’t deny though, is the way the one man she has ever loved still makes her heart race. For a second time, she’ll have to decide if her ambitions are more important than her heart.

Worse than the ultimatum he delivered in the heat of the moment, Ty regrets not leaving Boston with Jenny Carter. It took him two years, but now that he’s in Seattle, he’s determined to win her back, no matter what it takes. He’s not surprised she’s still holding a grudge, but her seething anger has him wondering how he’ll ever break through to her passionate heart. When they fall into old habits, he knows they have to break the cycle, but earning her trust could be the biggest challenge he’s ever faced.

JUSTINE CHARLES is still trying to put the pieces of her life together seven years after a disastrous extra-marital affair. She’s raising a troubled teenage daughter and six-year-old Emile, the result of her indiscretion.

A chance meeting drops the still-scorching Xavier McKellop back on her radar. Her former lover is hurt and furious that Justine has kept his son’s birth a secret. She has little choice when Xavier demands time with Emile.

Though the moments between Justine and Xavier are tense, it’s evident the flame of attraction between them still burns hot. And just as she begins to hope and dream about being with the only man who ever stirred her heart, body and soul, Justine’s life is thrown into chaos. Her daughter discovers Justine’s betrayal and Xavier’s soon-to-be ex-wife wants him back.

This time around, in her quest for love, Justine might not only lose her deepest desire, but everything she holds dear.