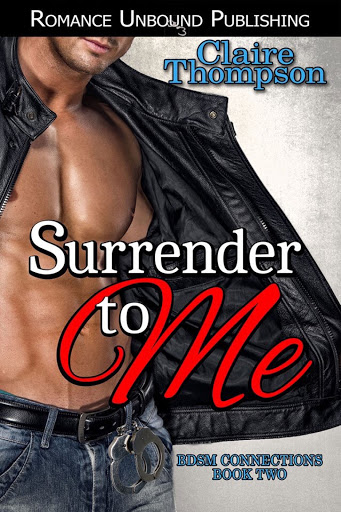 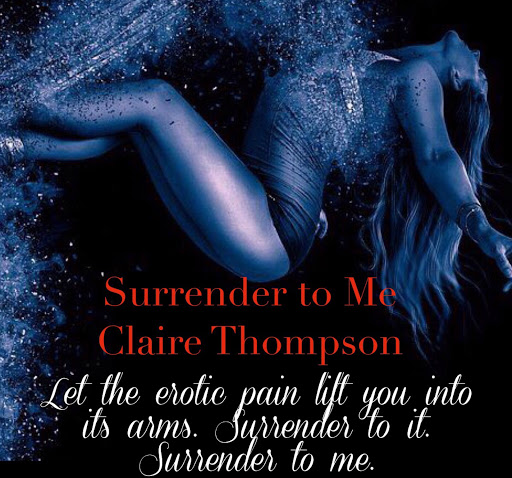 The first stroke landed on her ass. Unlike the sensual flogging, the whip cut across her skin like a blade, leaving a line of fire in its wake.

Rylee hissed her pain. She still managed to keep the chain between her teeth, and saliva drooled down her chin. Her heart was pounding so loudly she was sure Taggart could hear it.

The whip snaked out once more, its tail curling cruelly over both ass cheeks so that the tip bit into the thin skin stretched over her hipbone.

Despite her best intentions, Rylee’s mouth opened of its own accord, and she screamed, the chain falling away.

Taggart appeared in front of her. “Focus, R. You can do better.”

He lifted the chain that hung between her now completely numb nipples and touched her lips with it.

Rylee forced herself to open her mouth. Taggart pushed the chain onto her tongue, and Rylee closed her teeth over the wet, metal links.

She tried to keep her eyes on the image of his face in the mirror as the whip licked over her ass and the backs of her thighs.

Why had she thought she wanted this? How could she possibly endure any more?

Even as these rebellious thoughts crashed into her brain, she became aware of the deep, urgent tug of pure, raw desire deep in her sex.

As her skin adjusted to the fiery onslaught of the whip, she became calmer. She hadn’t realized she’d risen on her toes, but she now made a conscious effort to lower her feet until they were once more flat on the ground.

Behind her, Taggart nodded approvingly, sending a rush of warmth through her soul.

He put down the whip and picked up the leather paddle. Though Rylee knew from experience a paddle could pack a serious wallop, she was at the point where, in spite of her fear, or perhaps partially because of it, she was primed and ready to receive its leather slap.

Or so she had thought.

The first strike covered the entire surface area of her ass in one savage blow. Pain exploded like stars, knocking the breath from her lungs and the chain from her mouth.

He struck again, the force of the thrust pushing her body forward as her heart crashed into her ribs.

Again and again the paddle pounded against her flesh, reverberating in her bones.

She could hear herself whimpering and knew she was dancing and twisting on her toes, but was completely powerless to control herself. Yet, no matter how much she flailed and cried, she couldn’t escape the relentless pounding of the all-encompassing paddle.

Above the thumping crash of her heart, she heard Taggart’s deep, gravelly voice. “Let go. Let the pain flow through you. Let it lift you into its arms. Do it for me, R. Surrender to me.”

His words penetrated her trembling panic like a flame shining into the darkness.

All at once, she was enveloped in a velvety, encompassing warmth.

Her body stilled, her feet lowering of their own accord to the floor, her clenched fists unfurling above her bound wrists. Her head was heavy, too heavy to support and she let it fall back, her lips parting, her eyes closing.

“Yes,” Taggart breathed behind her. “That’s it, R. You’re almost there.”

Rylee felt at once heavy and light. Her feet were planted firmly on the ground, her muscles no longer twitching, her heart beating in a slow, steady rhythm like the pounding of the funeral drum. At the same time, she was as light as air, as if her spirit were hovering above her body. It was a lightness of being, of freedom so absolute she thought she might float away altogether, were it not for the rope and Taggart’s deep, steady voice keeping her tethered to reality.

She became aware the paddling had stopped, but her spirit continued to soar on wings of pure and utter peace.

Taggart’s arms encircled her from behind. He touched the clamps that still held her numb nipples tight in their grip.

“Stay where you are. Don’t let this distract you.”

Two small explosions of pain at her nipples nearly jerked her from the heavens, but Taggart’s hands immediately covered and cupped her breasts, his lips brushing the side of her neck in a sweet, caressing kiss, and the pain ebbed away like a half-forgotten dream.