TAKE ME DUET
Stephanie Summers
Name of cover designer – S. Summers
Official genre of book - Contemporary Romance
Content warning - Sex, some violence, and some drug use TAKE ME ON (Book 1) 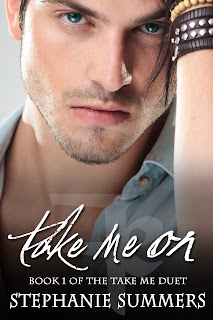 Ash London, front man for uber-successful rock band Ferrum, is over the lifestyle. He’s done with it all, yet finds himself going through the motions out of a sense of obligation to his fans, band, and crew members. He’s living the dream, but what he wants is to be a normal dude with an ordinary life far away from the touring scene. He could have any woman he wanted, but what he wants is someone who can look past the rock star—someone who will bust down the walls he’s built around himself and break free the man lying dormant within.
Lila Stephens hasn’t had the best past. In fact, it’s been downright traumatic. After the death of her beloved grandmother, she picks up her life and moves to Brooklyn, NY to build a new life for herself. She’s given up on the notion of love and is content living alone with her beagle dog.
Lila attends a party thrown by her best friend, Tori, who just happens to be the wife of Ferrum guitarist, Matty Tabor. As she’s ready to leave, a drunken man runs into her, sending her falling into the arms of Ash London. Will she stay there where it’s warm and comforting, or will she flee as her past threatens to taint any hope of happiness for the two of them? 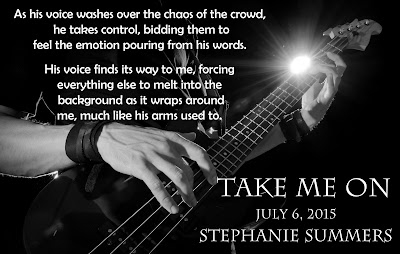 I stepped out into the unseasonably warm early-October afternoon. It would be getting colder soon as the warm air of summer blew away, leaving the cold winter wind to take its place. I was determined to make the most of the warmth while I still could because the forecast had indicated that these were the last couple of days before heading into a cold snap that could bring freezing rain and ice.
As I walked down the street, I soaked up every bit of the neighborhood. My mind raced, frantically trying to take in everything I encountered. It would take me ages to remember where anything was, but I was up to the challenge, and I had the rest of my life ahead of me.
Manny and I continued on our journey to who knows where when several blocks from my house, I stumbled upon one of the greatest sights known to woman kind—the elusive man beast. You know, those men who are ridiculously tall, ridiculously built, ridiculously good looking, and also ridiculously hard to find outside of a movie screen or television show. This one happened to be trimming some hedges along a house that sort of resembled mine.
His skin, covering long, lean muscles, glistened as loose burgundy athletic pants sat dangerously low on his hips, exposing the top of a perfectly defined “v.” He was the most mouthwatering thing I’d seen in all of my life. His dark chestnut hair, gathered at his nape, hung just below his shoulders. He was one of the tallest men I’d ever seen, well over six feet. Christ, he was a real beast of a man. I felt myself gawking at him and tried to look away before he caught me. I was sure he would probably think I was some kind of a freak with a staring problem.
From across the street, I remember thinking how he kind of looked like the lead singer of Tori’s husband’s band Ferrum, but she hadn’t mentioned him living in the neighborhood when she was helping me find a place to live. It just never really occurred to me that it could actually be him. I assumed with the amount of people living in the whole of New York City, it was more likely that I’d just found his clone. I wondered to myself if rock stars even did their own yard work. Note to self: this is the way to go when I want to go… well… anywhere. 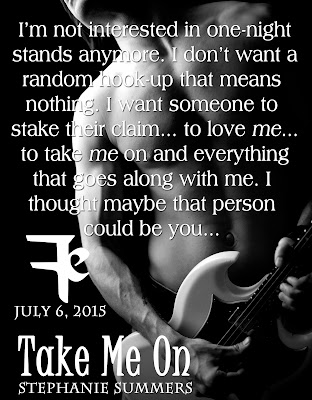 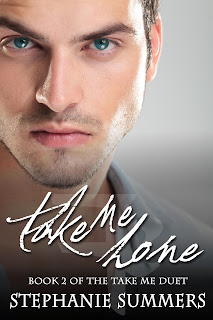 A romance with a rock star, not a rock star romance...
Ash London, front man for uber-successful rock band Ferrum, is happily living the life he always dreamed he could have with Lila Stephens. After working through Lila's traumatic past and Ash's trust issues, they've finally connected and life is good. One phone call changes everything though when Ash finds out the time off he was promised is being cut short. The stress of being on the road and away from Lila gets to Ash, and when a face from his past shows up, it turns his world upside down, dragging up past demons that he's chosen to keep from Lila. Would she look at him differently if she knew the truth? Will her love be enough to save him from himself? 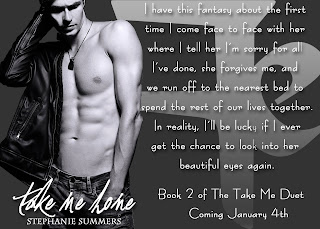 I want more than anything to go to her, sling her over my shoulder, and carry her home where she belongs. To hell with the show. To hell with my commitments. To hell with the fact that she doesn’t want anything else to do with me. She’s the only woman I’ve ever truly loved. The same one I’ve hurt too badly for her to ever forgive me. The same one I would do anything to have back in my arms. I still love her. I always will. And the truth of the matter is, I don’t deserve her. I’m not sure I ever did. When you aren’t honest with the ones you love, you lose them. That’s how it works. Maybe if I’d been up front about my past to begin with, things would be different. Maybe she’d be here with me instead of some other dude. 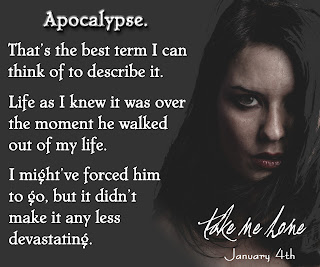 Stephanie Summers is a paranormal and contemporary romance author. She graduated from West Virginia University with a degree in accounting, though writing is her true passion. Stephanie seemed to always have a story or two or ten running around in her mind. At the ripe old age of 30, she finally decided it was time to put aside the thought that she didn't have what it took to write a novel and began writing her first story.
She has since written her first paranormal series, The Willow Creek Vampires Series, with Craving (Book #1), Haunting (Book #2), Awakening (Book #3), and the short companion story, The Bludworth Chronicles: Origin, available now. Her short story, Love Forgotten, was chosen to be published in Stardust: A Futuristic Romance Collection, and another short story, Saved by the Bear, is available now. Her contemporary rock star romance, Take Me On, was released summer of 2015, with the sequel, Take Me Home, due out soon.