What do demons, vampires and secret societies have in common? They are all incredibly real, insanely dangerous and they all want a taste of her.
After a gruesome reveal of the world lurking within her own, Christina Liam decides her penchant for solving problems with violence finally has a use. Jumping head first into a spiraling world of mayhem and horror, Chris finds her magnetism for trouble only seems to pull her deeper into the darkness. She struggles to cope with her new living nightmare and her humanity, a balancing act she’s not sure she can keep up.
But the battle within her is nothing compared to the creature eating her classmates one by one. Through stupidity or resolve, whichever works faster, she is going to get them back.
Even if it kills her. 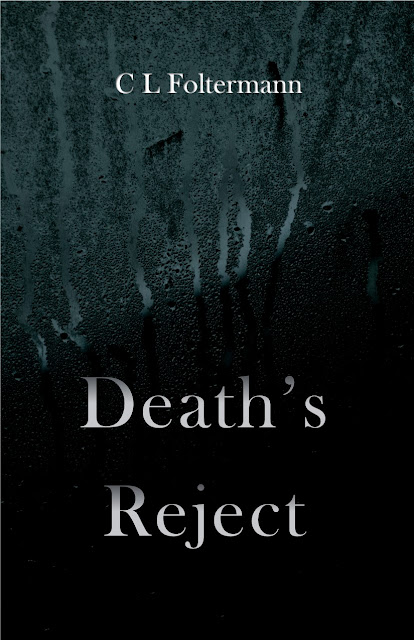 People were screaming in the semi-darkness around them, cast into the shadows by the shattered lights. Chris could only see by the light of the monster forming in front of her as Zachary pulled her away. No, that wasn’t right. Not a monster. Monsters. There were three distinct images flickering before her eyes. Christina clawed up the arm pulling her to safety to get to her feet. Zach swore loudly and they stopped in the rush of people trying to escape from the room. The tallest of the three beasts turned with red eyes to analyze her as the light that had brought him to the cafeteria dimmed. The way he stared, the grimace she assumed was a warped smile, it made her stomach turn on itself. “Run!” 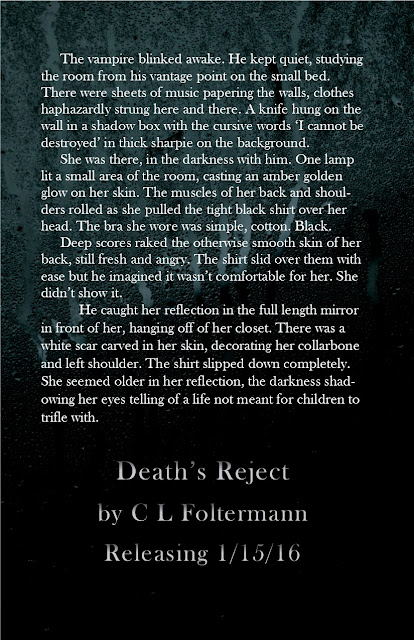 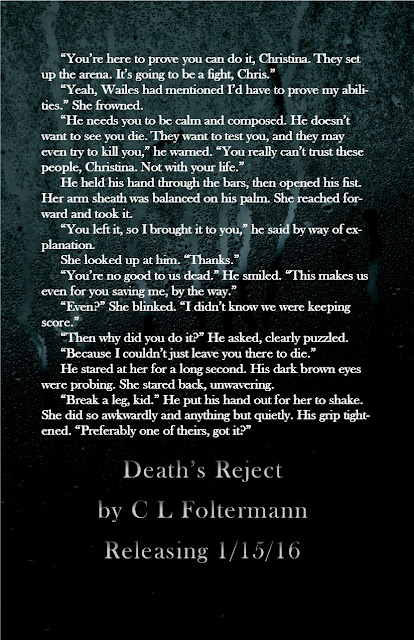 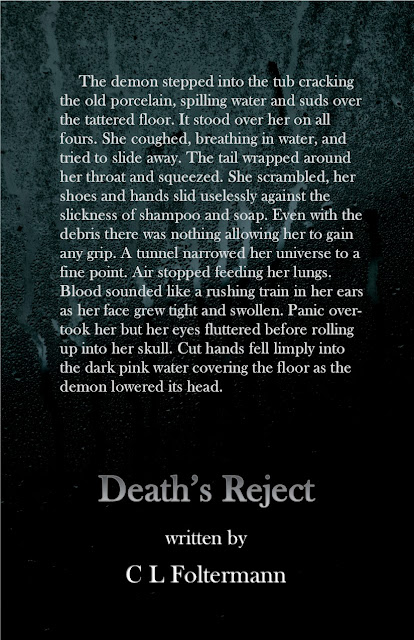 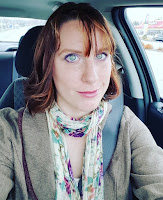 C L Foltermann is a fiction novelist and freelance writer. She currently resides in South Portland, Maine with her husband and dog and enjoys the good things in life: food, whiskey, and writing. She is currently finalizing the second book in her The Liam Chronicles series, Monstrous, as well as several more exciting new projects. 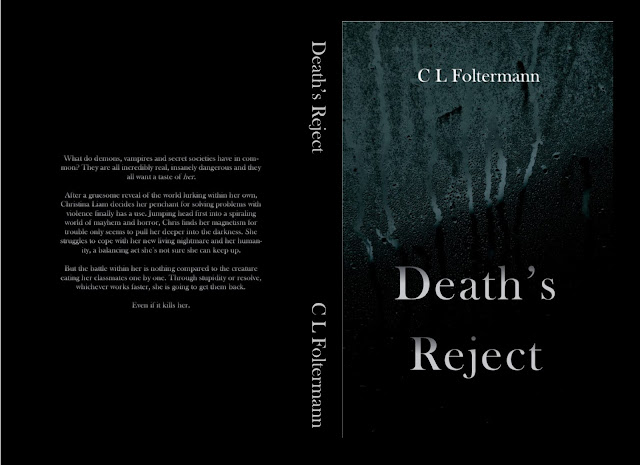