Spencer Cohen is the guy who gets answers to relationship questions. Playing the role of the new lover, his job is to make his client’s ex realise one of two things: he doesn’t want to break up or he really does. Either way, his client gets answers.
The ex would either apologize and beg, or turn and walk. But in the end, Spencer’s client won. If he wanted his ex back and got him, it was great. If the guy walked away, then as hard it was for the client, he knew it was over. Regardless of the outcome, Spencer’s work was done.
Andrew Landon’s ex left him without so much as an explanation. But his sister can’t stand to see him miserable, so, much to Andrew’s dismay, they hire Spencer to be Andrew’s new boyfriend to get the ex back.
For Spencer, it is never personal. Merely a business transaction. No emotions, no strings, no complications.
Yeah right.
Even a blind man could see how this would end. 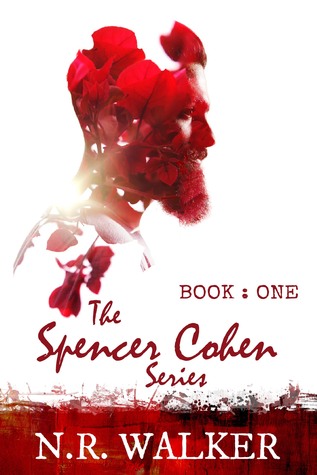 “This book was not long, per se, but it wasn't a short novella either. But it simply flew! I felt like I read it in the course of an hour. A start to another winning series for Walker, for sure.” -5 Star Goodreads Review

“N.R. Walker will leave you begging for more of this series which has started out with a bang! I simply cannot wait for books 2&3 -- excellent book!!!” -5 Star Review Alpha Book Club

“This book is definitely a re-reading material, a comfort food for my soul, and I’m kinda obsessed with Spencer and love him like I love Travis in RDH. Sigh. Highly recommended!” - 5 Star Review Reading Addict Mom’s Blog

“Come on,” Andrew said, standing up. “Let’s go.”
I slowly closed my laptop. “Uh, where exactly are we going?”
“You’re going to buy me my first Jeff Buckley album.”
I grinned at him. “Oh, am I?”
“Yes, you are. Unless you want to give me that one.” He pointed to my record player.
“Like hell. That’s my favourite.”
“That’s what I thought,” he said, walking to the door. He turned back to look at me—where I hadn’t moved from—and clapped his hands together. “Look alive, Spencer.”
“Alright,” I said, collecting my wallet and keys. I quickly grabbed two bottled waters out of my fridge and handed one to him as we walked out the door. “Are you always so pushy?”
He laughed, and those little lines crinkled the corners of his eyes, and the sun gave a warmth to his skin. He went down the stairs first and waited for me to get to the bottom. I guessed he was unsure of which direction to go. I pointed my thumb to the tattoo shop’s dead bolted door. “Can’t access the shop from the outside, so we’ll have to go around,” I nodded toward the end of the building, and we settled into a comfortable stride next to each other.
“I assume there’s a music store around here somewhere,” he said as we neared the street.
“There’s a few,” I told him. “Did you want CD or LP? I could have just downloaded it for you if that would have been easier.”
“I want LP.”
“Do you have a record player?”
“Well, no. But I think I’ll have to get one. I would imagine jazz and blues from vinyl would be incredible.”
I grinned at him. “I’ve created a monster!”
“You can’t just play classic vinyl albums to a music lover and not expect him to want it.”
I grinned. “True.”
We walked the two blocks, the banter between us never stopping. He talked with his hands when he explained things, which I found to be rather endearing, and I’m pretty sure I hadn’t stopped smiling since we left my place. I led him down a side alley off the boulevard and stood in front of the door to the music shop. “Before we go in, you must promise me something.”
He was suddenly serious. “What?”
“This place is special, and thus, must remain a secret.”
“Thus?”
“It’s a word.”
“That no one has used in two hundred years.”
“Not true. I just used it now.”
He laughed. “Okay, so I’m not supposed to tell anyone I came here?”
“Nope. It’s like Vegas.”
“As in ‘What happens in Vegas, stays in Vegas’? Really?”
“Yes, really.” I nodded. “It’s too awesome to be popular.”
“Isn’t that redundant to their business profitability?”
“Possibly. But it’s completely old-school indie. I think the owner was a pot-smoking surfer from the sixties and has principles against corporations, though I’ve never asked him. Anyway, if too many people know about it, then it becomes mainstream. And that would ruin it.”
He frowned at me. “Then it’s not like Vegas. It’s more like Fight Club.”
I laughed and bowed my head. “Ah, Grasshopper. You have passed the test. You may enter.” He beamed, and I opened the door with a laugh.
He stepped inside. “Okay, wow.” 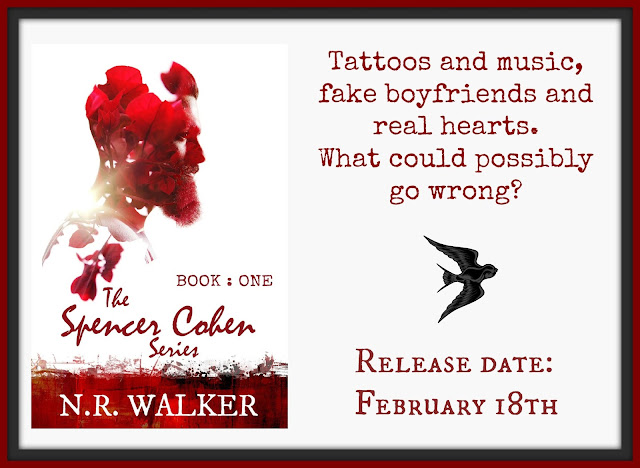 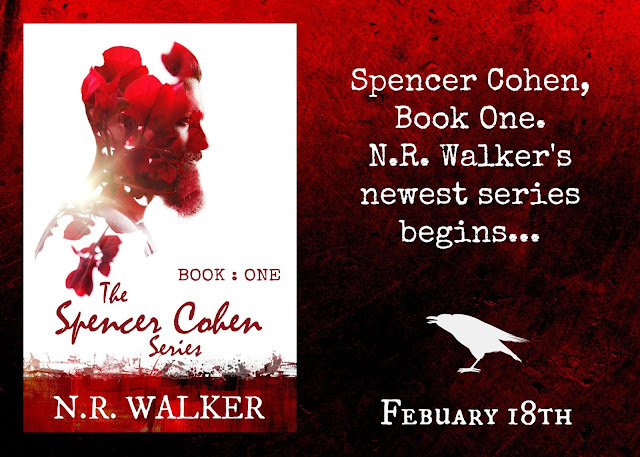 Friday dragged. Like really dragged. I helped Emilio and Daniela in the shop for a while, made arrangements for when and where to see my next client on Monday afternoon. I cleaned my apartment, I read, I ate, I did all those things, and then I spent a good few hours getting ready and picking out clothes while the clock ticked down like its battery was dying. Because I was losing my mind.
But, like a good boy, at seven o’clock, holding a pizza as requested, I knocked on Andrew’s front door. I heard what sounded like him coming down the stairs, the rattle of the lock on the door, and then he swung the door inward and smiled.
And like some cosmic shift, time was good again. “Oh good,” he said. “I’m starving.”
“Hi, not bad. Yourself?” I joked at his complete lack of greeting. “Cab here was okay, but I don’t think the cabbie appreciated the smell of pizza in his car.”
Andrew laughed. “Sorry. Hi, how are you? That’s good. How was your cab ride here?”
I handed him the pizza box. “You’re welcome.”
He walked through the living room, slid the pizza onto the table, and went straight into the kitchen. “Beer or soda?”
“Beer’s good.”
“Yes it is,” he replied, came back out, and handed me one. He was wearing jeans and an old button-down shirt that looked well-worn and soft. Jesus. His feet were bare. I couldn’t remember ever telling him that I found jeans and bare feet hot, but damn.
“They don’t smell bad,” he said, wiggling his toes. “Promise.”
God help me. I totally got caught staring at his feet. When I glanced up at him, he took one look at my face and a slow smile spread across his lips. “Oh.”
“Shut up.”
He chuckled and clinked his beer bottle to mine. “So? Pizza? Or do you wanna stare at my feet a little longer?”
Ignoring him before I died of embarrassment, I rolled my eyes and sat at the table. I opened the box and took a slice. “So? Anyone at work giving you a hard time about the photo we posted on your Facebook?”
He almost bit into his first slice but stopped before it got to his mouth. He groaned. “It’s been painful,” he said. “All week.” He took a mouthful and hummed appreciatively. “Mmm, this is good.”
He devoured four slices to my two. “Didn’t you eat today?” I asked.
He shook his head and washed his food down with a mouthful of beer. “Nope. I’ve been avoiding the lunchroom because, well, because the latest game around the department seems to be ‘Let’s ask Andrew 101 questions about his new boyfriend.’”
“New boyfriend, huh?” I smiled. I liked that way more than I should have. “What’s he like? Bet he’s handsome.”
A rush of heat coloured his cheeks and crept down his neck. “Shut up. You know what I mean.”
I picked at the label on my beer bottle. “I’ve been called worse things.”
His smile faltered. “By jealous ex-boyfriends?”
“Actually, more by the client,” I admitted. “The guy who I’m trying to help. Clearly I’m not their type, and they find my boredom at city gala openings or nights at the opera a little uncouth.”
“Really? You had to go to gala openings and the opera?” He frowned. “And they belittled you for it?”
“You’d be surprised,” I said softly. “They’re paying me to do a job, I guess. They treat me the same way they treat the people who dry clean their clothes or wash their car.”
Andrew nodded slowly, and there was a brief look of hurt on his face before he replaced it with a tight smile. He cleared his throat. “You must think it’s terribly boring to have a Friday night of pizza and a movie then.” It wasn’t a question. More like a confirmation to himself. “I’m not much into going out.”
“Are you kidding me? This is perfect. Pizza and a movie is my kind of night. Sure, getting all frocked up in a suit is cool every now and then, but that shit gets old.”
He smiled somewhat more genuinely, but it was still a little forced. “Frocked up?”
“You know, dressed up?” I shrugged. “I swear, everyone I know should take a lesson in Australianisms so I don’t have to keep explaining these things.”
“Or I could just book myself in for an elective lobotomy…”
I gaped at him. Literally. My mouth fell open. He roared laughing and put his foot up on the table. “Here, look at my bare foot.”
“Fuck you.”
That only made him laugh some more.
“You suck.”
He waggled his eyebrows at me. “Yes. Yes I do.”
I groaned, in part because his pun was lame, and in part because now I was thinking about him sucking dick.
“Shut up and put the movie on.”

N.R. Walker is an Australian author, who loves her genre of gay romance.
She loves writing and spends far too much time doing it, but wouldn’t have it any other way.
She is many things: a mother, a wife, a sister, a writer. She has pretty, pretty boys who live in her head, who don’t let her sleep at night unless she gives them life with words.
She likes it when they do dirty, dirty things… but likes it even more when they fall in love.
She used to think having people in her head talking to her was weird, until one day she happened across other writers who told her it was normal.
She’s been writing ever since… 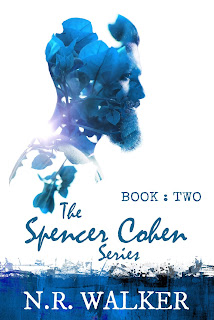 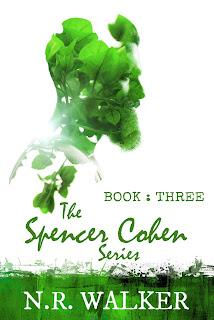