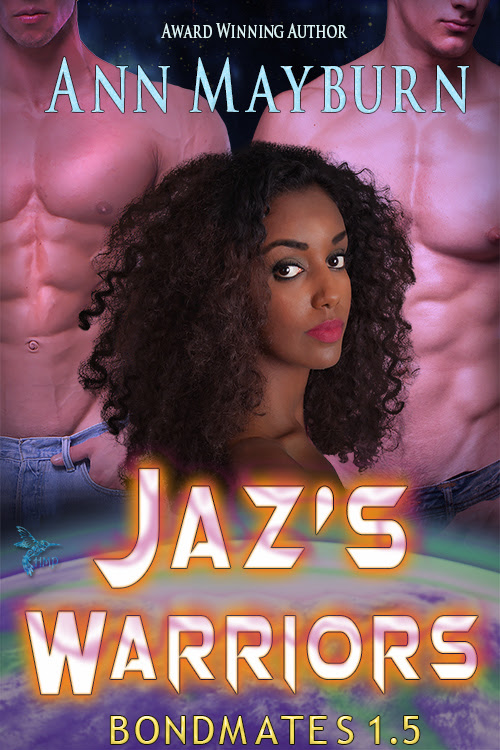 While growing up in Harlem, Jaz Brooks never imagined that there would be a day where she’d have two smoking hot alien husbands, Mavet and Xentix. Or that she would be living on a Kadothian spaceship stationed on one of Saturn’s moons as an Earth Ambassador. And she certainly never imagined that her bondmates would be encouraging her to take a third husband, but that’s exactly what’s happening.

Tandar Glycin has been fighting the Hive in the distant Bel’Tan galaxy for so long now he’d given up hope of ever finding his Matriarch. When word reaches him that his blood brother, Mavet, has bonded an Earth female Tandar is both elated and worried. Vicious rumors abound in the Bel’Tan galaxy about how horrible Earth women are and he worries that Mavet has taken a monster as his wife. When he first meets Jaz he quickly realizes that not all of the stories are true, and that the Lord of Life has blessed him with a kind, beautiful, and feisty alyah who is going to make him work to win her heart.

Warning - This story is set in the Bel'Tan galaxy where polyamorous relationships are the norm and love in all of its forms is accepted including M/M, M/M/F, M/M/M/F sexual situations. 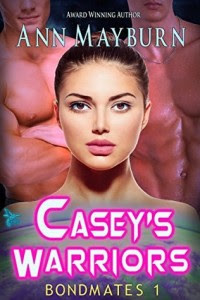 With over forty published books, Ann is Queen of the Castle to her husband and three sons in the mountains of West Virginia. In her past lives she's been an Import Broker, a Communications Specialist, a US Navy Civilian Contractor, a Bartender/Waitress, and an actor at the Michigan Renaissance Festival. She also spent a summer touring with the Grateful Dead-though she will deny to her children that it ever happened.

From a young Ann has had a love affair with books would read everything she could get her hands on. As Ann grew older, and her hormones kicked in, she discovered bodice ripping Fabio-esque romance novels. They were great at first, but she soon grew tired of the endless stories with a big wonderful emotional buildup to really short and crappy sex. Never a big fan of purple prose, throbbing spears of fleshy pleasure and wet honey pots make her giggle, she sought out books that gave the sex scenes in the story just as much detail and plot as everything else-without using cringe worthy euphemisms. This led her to the wonderful world of Erotic Romance, and she's never looked back.

Now Ann spends her days trying to tune out cartoons playing in the background to get into her 'sexy space' and has accepted that her Muse has a severe case of ADD.